A short history of the transformation of ethnic Chinese organizations in Thailand: From seditious secret societies to patriotic cultural NGOs

Ethnic Chinese organizations in Thailand were transformed and developed through the past century and a half of the modern era in three major phases. In the early-19th century, an influx of Chinese labor migrants followed the tradition of establishing fi ctive kinship networks in their host country through sworn
brotherhoods and secret societies. Towards the end of the 19th century, however, the modernization and nation-building processes of the Thai state came into confl ict with the culture and lifestyle of Chinese secret societies and they became criminalized. Consequently, the ethnic Chinese community in Thailand entered the second phase of registering their ethnic organizations as legitimate trade and philanthropic associations according to the Thai law in the early-20th century. These trade and philanthropic associations also played an important political role as representatives and organizers of the ethnic Chinese community through the period leading up to and during the Second World War. After the conclusion of the War, Chinese associations came under serious scrutiny from the Thai
state that had become increasingly paranoid of Chinese communist threats from the People’s Republic of China. Ethnic Chinese organizations in Thailand, thus, transformed into the third phase by registering as NGOs according to the government’s National Economic and Social Development Plans in the 1960s, and proliferated as clan associations from the 1970s onwards. The main purpose of Chinese clan associations from this late Cold War period to the present day
remains largely the same. That is, to encourage networking within each organization, networking among fellow Chinese organizations and to act as a bridge to better the ethnic Chinese community’s relationship with the Thai general public, the Thai government, and the rising infl uence of the People’s Republic of China in the post-Cold War period.

Chartsiri, Jirathorn. 2009. “Th e Emergence and Development of the Thonburi Kingdom in the Context of the Chinese Era, 1727-1782.” Ph.D. diss., Chulalongkorn University.

Kuhn, Philip A. 2008. Chinese Among Others: Emigration in Modern Times. Lanham: Rowman and Littlefield.

Tejapira, Kasian. 2004. “The emergence of NGO movements in Thailand and the Sarit Regime.” In Shinichi Shigetomi, ed., The NGO Way: Perspectives and Experiences from Thailand. Chiba: Institute of Developing Economies, JETRO.

Wongsurawat, Wasana. 2019. The Crown and the Capitalists: The Ethnic Chinese and the Founding of the Thai Nation. Seattle: University of Washington Press. 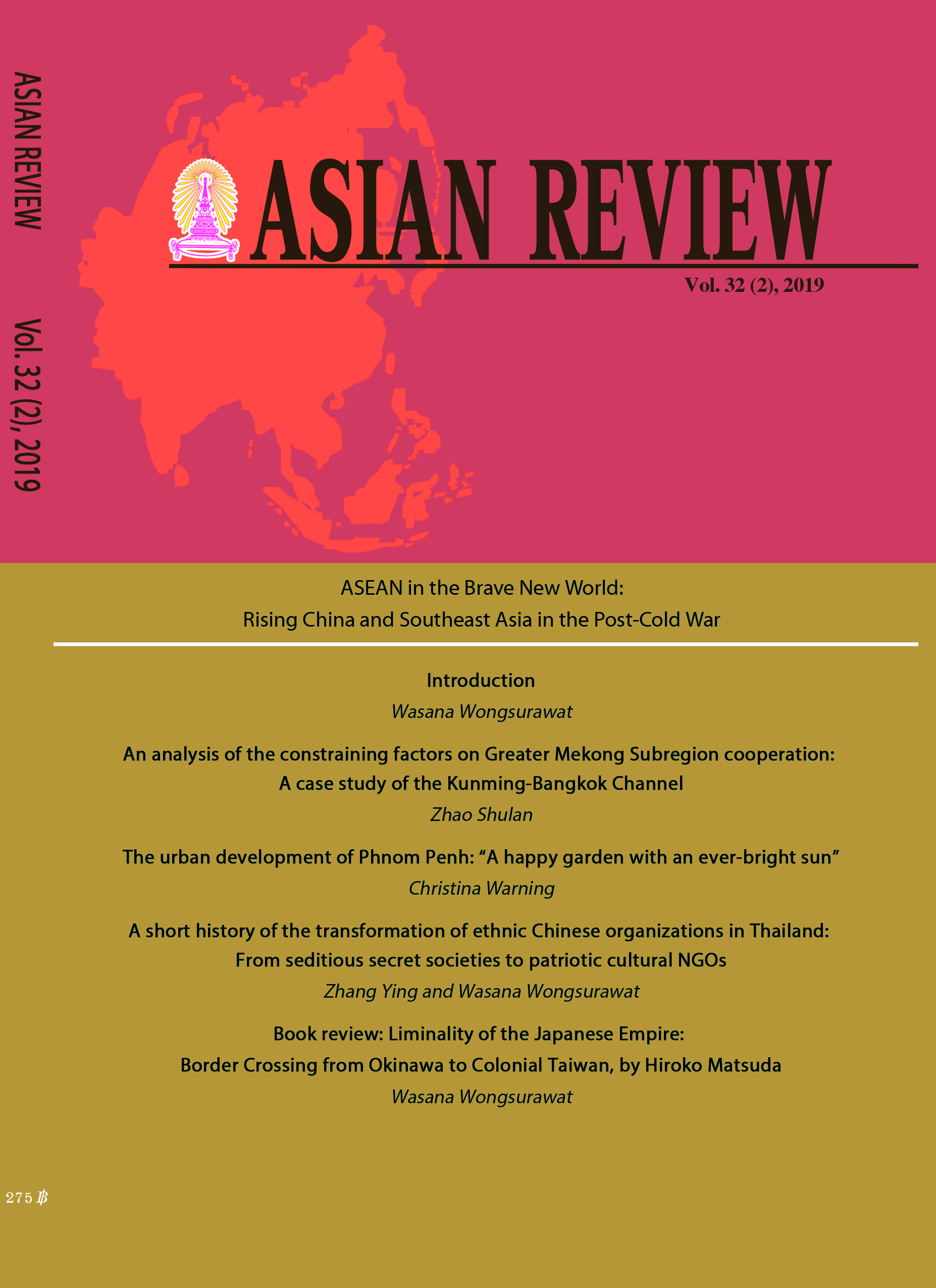 Published articles are under the copyright of the Instiute of Asian Studies, Chulalongkorn University. Partially or totally publication of an article elsewhere is possible only after the consent from the editors.