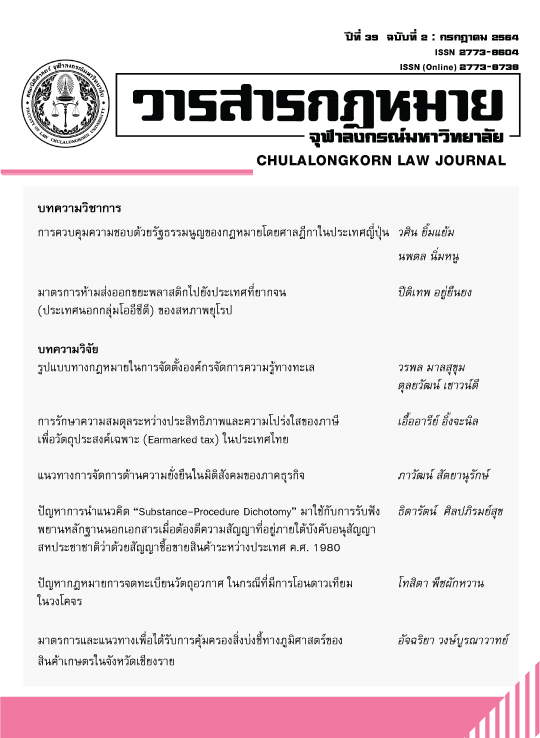 As established in its Preamble and Article 7, the CISG 1980’s Principle of Uniformity
is of utmost importance, reflecting the intention to remove “artificial impediments to
commerce caused by differences in national legal systems that govern international sales
of goods.” In reality however, uniform rules do not per se guarantee uniform application.
The CISG, has tended to be analyzed largely from a “substantive law” point of view, with a
relatively limited clarification on various procedural implications that may arise from its
world-wide applications. The literature review undertaken in this research indicates that
one of the most common causes of the so-called “homeward-trend” phenomenon,
theoretically, stems from the orthodox view of substance-procedure dichotomy in the
traditional settings of the conflict of laws. The creation of a uniform law might not in and of
itself guarantee a uniform application of such law, giving rise to a potential inconsistency in
the outcomes. If the Convention is to be applied one way in United States and another in
Singapore, or, perhaps, in a prospective Contracting State like Thailand, there is no such thing
as a truly uniform sales law.

This study proposes that domestic courts in the Contracting States should not rely
on the substance-procedure analysis, as this approach would be more complicated in the
context of the CISG than in the traditional conflict of laws paradigm. Instead, in confronting
the issue of admissibility of evidence for the purpose of interpreting the contracts governed
by CISG, this study recommends that the courts in Contracting States should honor their duty
to apply the CISG Article 8 through the lens of international law obligations, in the interests
of legal certainty and uniformity in international sales law. This suggested approach can also
have wider and better implications for other CISG provisions, as well as other uniform law
projects.

If you become aware of any use of Chulalongkorn Law Journal's copyright materials that contravenes or may contravene the license above or any material on the website that you believe infringes your or any other person's copyright, please report this by email to journal@law.chula.ac.th.