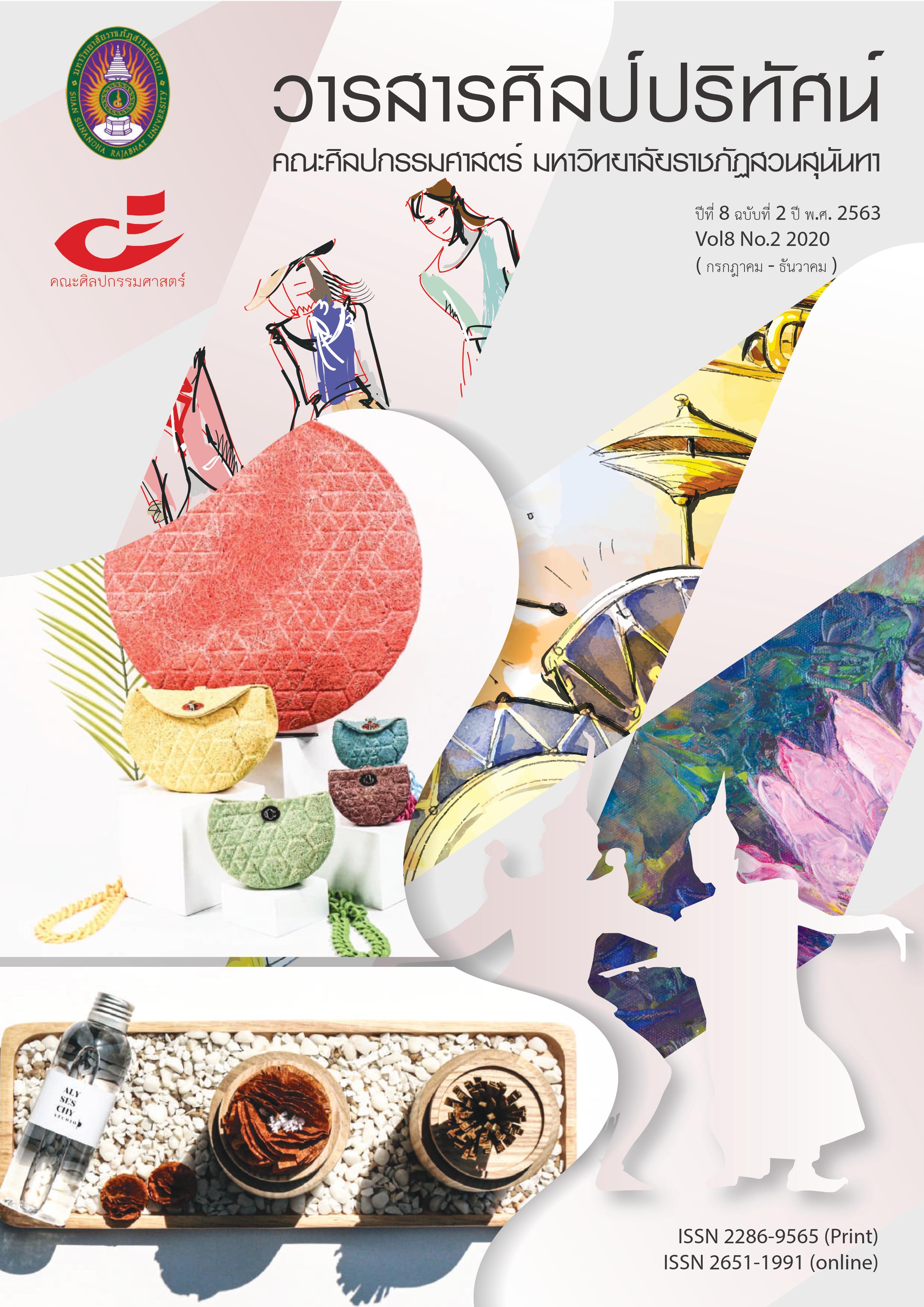 The objective of this research is to create three patterns for woman apparels on special occasions with creative embroidery pattern design inspired by gingerbread woodwork in Vimanmek Mansion. This research has been conducted as quality and quantity research. The data has been gathered from field survey and relevant documents. It is found that there are suitable seven woodworks depicting the organic motifs, vines, and flowers, which were laid in a repetitive and symmetrical pattern. After the three dresses had been created, the researcher has surveyed the satisfaction level of the three pattern designs from 100 samples, who worked in government agencies around Old Town Rattanakosin Area with the average salary at 14,000 THB. Those samples were derived from a purposive sampling method. The results revealed that their satisfaction level for patterns was high, but the satisfaction levels for color tones, aesthetic and functional elements reached the highest level