The conceptual framework of this study, The era of Thailand's primary golden cup in the Absolute Monarchy from B.E. 2443 -2475, is using the history of the political economy framework, structural semiology and critical discourse analysis as a method which researcher choose to study the research’s purpose. To Study Thailand’s football historical in the Absolute Monarchy from 1900-1932 through the political-economic analysis. The qualitative research method has been using for this research by 2 data collecting with the key informants, tools are documentary research and in-depth Interview. The finding showed King Rama 6 had found the Football Association of Siam on 25th April 2006 to encourage Thai men to play sport and founded the national football team called “Football team for Siam” on 23rd June 1925. And also bestowed the Great Crown of Victory or “Phra Maha Phichai Mongkut” upon the Siamese National Football team to decorate on for national team shirts and hats for the athletes which bestowed this symbolic on the nation represent the Monarchy, in the meaning of nation before ended his role on the Siamese revolution of 1932. 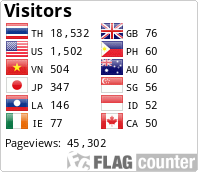