Beung Jode is a water reservoir located near the Pong River which is the principle river in the northeast of Thailand. The reservoir receives effluent from a paper mill factory before flowing down to the Pong River. This study was conducted between August 2006 and January, April 2007. Five sampling stations along impacted areas were defined. Samples of water, sediments and mollusks were collected at each station during the three seasons. Physical, chemical and nutrient parameters were measured from water samples. Sediment and mollusk samples were analyzed for Cd, Cu, Zn, Pb and Hg by the Inductively Coupled Plasma Optical Emission Spectrometry (ICP-OES) technique. Eight living mollusk species including Filopaludina martensi, Pomacea canaliculata, Scabies crispata, Lymnaea (Radix) auricularia rubiginosa, Pilsbryoconcha exilis, Corbicula sp., Pila polita and Clea helena were found in the sampling locations. Physical and Chemical parameters of water were not significantly different between seasons. In the rainy season, heavy metal concen-trations in mollusks were high. The concentration of Zn was higher than Cu and Pb respectively in mollusk tissues in the three seasons. Furthermore, the concentrations of Zn in Filopaludina martensi were higher than in Pomacea canaliculata throughout the study period. In the rainy season, the average concentration of Zn was higher than Cu, Pb, Cd and Hg respectively. In winter and summer, the average concentrations of Zn in sediments were higher than Pb and Cu respectively. The comparative study showed that the accumulations of heavy metals in mollusk tissues were higher than in sediments. 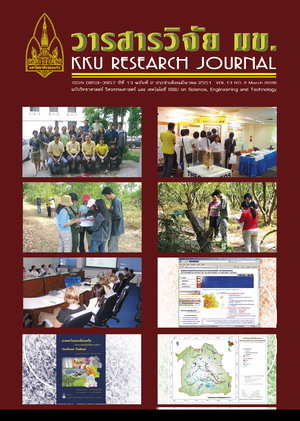 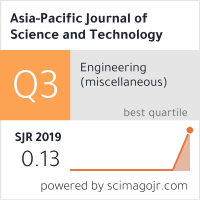 Asia-Pacific Journal of Science and Technology,

The Division of Research Administration

Office of the President 2, Building 2