This paper aims to explore the Thai translated version of the Chinese Philosophical Composition during the early Rattanakosin period, which is considered the most initial translation of Chinese philosophical composition in Thailand. One of the initial translation works of Chinese philosophy is the Analects by Confucius; its title in Thai is 'Suphasit Kongju,' this version was translated by Amon Moli (Ji) Priest in 1826. Since no one knew well of both Chinese and Thai during that time, several translation strategies were needed to help Thai readers understand the content better. The strategies included a direct sentence-to-sentence translation, abridgment, and explication.

The results show that the Analects' translation strategies in the early Rattanakosin period are deletion, explication, text modification, and example-addition. Besides these strategies, the translator also added some text from other Chinese philosophical literature into the translation. Consequently, it leads to a large discrepancy between the Thai and Chinese versions. In addition, transliterated Chinese words into Thai, such as personal names, were referred to Zhangzhou accent of the Hokkien dialect. The author proposes that the translator of the Analects intended to promote the Chinese philosophy and moral principles to Thai society. 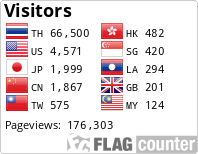