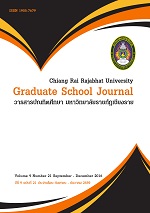 Presently, Chinese is one of the most important languages that has been increasingly used for communication. Hence, the number of Chinese as foreign language learners is also increased. For the beginners of Chinese phonetics, Pinyin is an essential tool in the learning process.

In Chinese learning and teaching field, many instructors and learners have not put the emphasis on Pinyin instruction. Pinyin consists of pronunciation and writing rules. Pinyin writing rule is significant and hard to understand.Thus, learners usually make frequent errors in this aspect. From this problem, the researcher focuses on Pinyin writing by Thai students. This study aimed at raising the awareness of both instructors and learners on the importance of Pinyin writing for the benefit of Chinese instruction in Thailand.

Researcher studied and gathered Pinyin writing rules into 9 principal topics with 56 sub-topics. Questionnaires were used in this study to collect the data from the population and samples, 75 first to third year Chinese- major students from Nakhon Ratchasima Rajabhat University. The data was analyzed using percentage. The results showed that 47.78% of all 75 students had incorrect answers. Considering years of study in errors writing, the percentages were at 48.58 % for the first students, followed by 43.45% of the second year students, and finally, 46.72 % of the third year students respectively. Researcher ranked the difficulty levels of 9 principal Pinyin writing rules as follows:1) Pinyin writing rules consisted of very detailed sub-rules which were hard for students to understand and use correctly them. 2) Problems from course book and textbook that did not contain all the content and some were insufficient in both knowledge and details. 3) The native language (Thai) interference that Thai had different writing rules from Pinyin. 4) Problems from instruction that teachers overlooked were found in both beginners and advanced learners of Pinyin writing course that led to errors. 5) Pinyin writing rules consisted of many rules related to other courses namely, proverbs, literature, grammar, and commerce. The courses were intertwined and Pinyin beginners had insufficient knowledge about these courses, thus, led to misunderstanding about the rules. Followings are the recommendations from the researcher. 1) Textbook ,and books appropriate with Thai students should be complied by ranking from less complicated to the most complicated contents as stated in 9 principal topics of this study. 2) Pinyin teaching should not start exclusively for beginners, but advanced learners should be instructed for correct use of Pinyin. Contents should be integrated into other related courses, for example, personal name and country writing. 3) Some rules were not difficult, but the students were not taught before and these ruled were not focused in the course. These problems led to errors, to illustrate, sound change rules“不／一”. 4) For detailed and complicated rules, separated and continual writings, should be re-emphasized and given as example.5) The differences between Thai and Pinyin writing rules should be introduced to the learners to avoid the first language interference and Pinyin writing rules should be developed as one course in the curriculum. 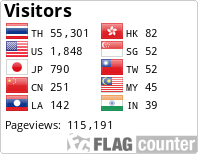