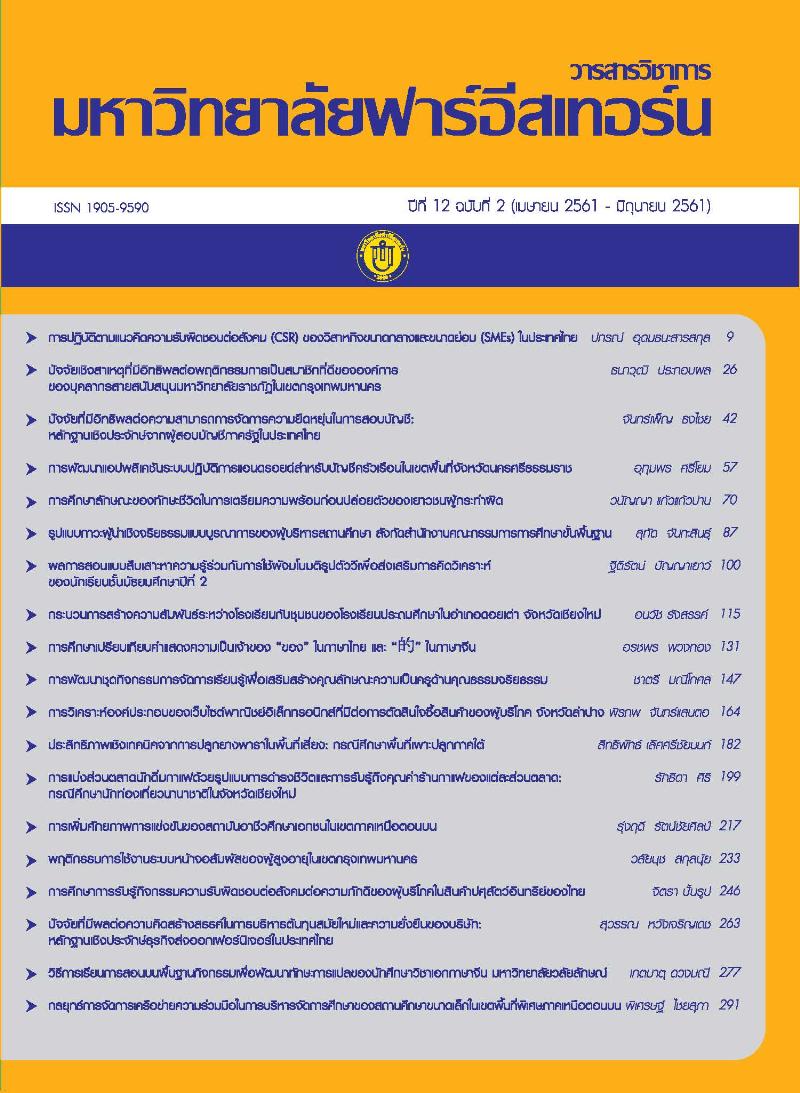 This research aimed to (1) analyze community feedback to the school working on community relationships (2) examine Schools-Community Relationships Process of primary schools in Doi Tao District, Chiang Mai Province. The research population included 43 headmen and 27 guardian representatives in the academic year 2016. The total number was 70 people. The research instruments were questionnaires about the school-community relationships of primary schools and the additional interviews on interesting issues were analyzed from questionnaires results. The data were analyzed by using frequency and percentage and content analysis.             The findings were as follows: (1) Regarding the community service, most communities agreed that it was operated almost atpercent with all items except that the teaching provision or vocational training for the communities was not performed at 51.4 percent. (2) Related to the community cooperation, most of them commented that it was performed whereas there were only a few non-performing activities. (3)According to the school public relations, the communities thought that the guardian meetings to clarify news and how to operate the schools were performed at 100 percent while other items with
inactive operation were almost at 50 percent, such as the annual journal preparation was not performed at 47.1 percent, the preparation for making school plans, projects and activity calendars was not operated at 48.6 percent. (4) Regarding the school board, the communities commented that it was performed by arranging the school board meetings regularly, coordinating with the board to solve any problems and developing the schools, etc.
In addition, the interviews were found as follows. (1) Related to the community services, most schools did not provide teaching or vocational trainings to the communities by reasoning that they were not interested in this matter since most of them had to do their own jobs as usual including the schools themselves might lack personnel and budget for operation. According to the facility services for the communities, sometimes the school environment and property were damaged. Therefore, the schools and the communities should work together to help maintain everything in order like the appointment of community teacher on duty to help with monitoring. (2) Regarding the request for community cooperation, the communities should cooperate with the schools as invited or requested, such as donation and collaboration to monitor the community youth. (3) Related to the school public relations, it was found that it was usually unofficial including wire broadcasting, guardians were informed by students, etc. because much more school budget was often used for other tasks, such as academic affairs, buildings and places. (4) According to the school board, it revealed that some of them were often absent from the meetings.  The solution was to make them realize their important roles like letting them express their opinions, make suggestions. Moreover, the appointments should be scheduled in advance to reduce the absence from board meetings. (2) The result of the study the process of creating relationships between schools and the community. Regarding the community service,the school should be the intermediary in getting government agencies to serve the community.Related to the community cooperation,should establish a community relations committeein order to create general involvement. According to the school public relations, it is important to study the community in order to use public relations appropriate to the context of the community.Regarding the school board,the school should make every member feel important and Make an appointment in advance with the appropriate time.

1. Any views and comments in the FEU Academic Review Journal are the authors’ views.  The editorial staff have not to agree with those views and it is not considered as the editorial’s responsibility.
2. The responsibility of content and draft check of each article belongs to each author. In case, there is any lawsuit about copyright infringement. It is considered as the authors’ sole responsibility.
3. The article copyright belonging to the authors and the Far Eastern University are copyrighted legally. Republication must be received direct permission from the authors and the Far Eastern University in written form. 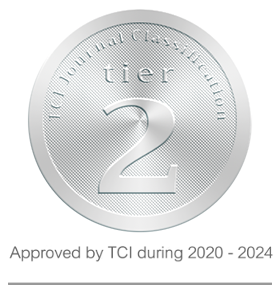