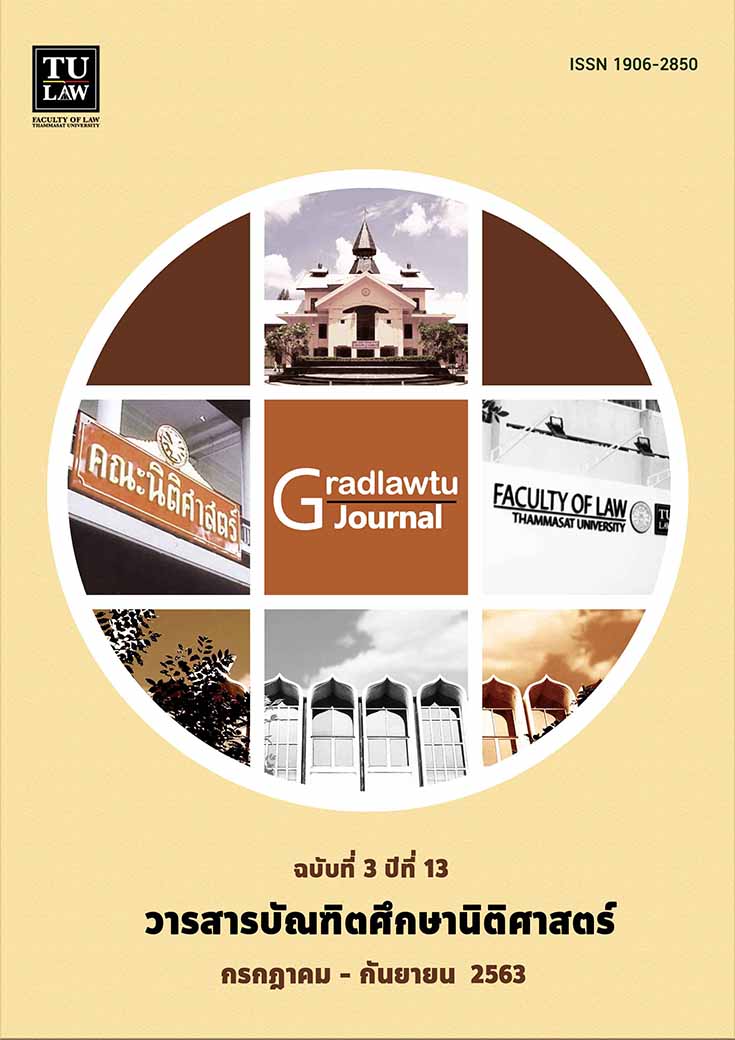 This article is aimed study prison sentence regulations in asset declaration offences, including failing to submit a list of assets offence and intent  to submit a false statement , according to criminal law theory.

Results were that asset declaration examination is a measure for preventing corruption by regulating duties to submit  asset declarations to facilitate state evidence collection to inspect unexplained wealth accumulation. Inspecting unexplained wealth starts with civil measures to request state-vested assets. Mandationg prison sentences for such offences is inappropriate insofar as the state already has various anti-corruption laws with penal sanctions. In Thailand, asset declaration offences are viewd as a malum prohibitum, conduct that constitutes an unlawful act only by virtue of statute, as opposed to conduct that is evil in and of itself. Mandating prison sentences for such offences is disproportionate and not a measure of last resort. Nor is it in accordance with criminal law theory. In Western law, regulatory alternative are as effective or more so, than prison term for such offences.

These findings suggest that asset declaration offences including failing to submit a list of assets and intent  to submit a false statement, should not have a prison sentences.