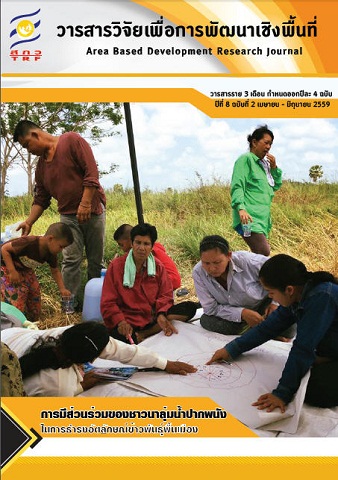 The Participation of rice farmer at Pakpanang Basin on maimtaining identity of native rice.

Pakpanang Basin areas is the land of plenty and bread basket where has been civilized for more than hundred years. However, nowadays rice farmers who plant native rice lacking of motivation to produce effec­tively even though they know how to do it well. The reason is that the price of native rice which is produced elegantly is not different from immigrated rice which is planted generally. Therefore, this study will be the important activities in reviving the way of life of local rice farmers and presenting the distinc­tive identity of native rice. Consequently, native rice farmers will be proud in their native rice and can transmit this cultivation to the next generations in Pakpanang and the public.

This paper demonstrates the farmer’s calendar, the culture of native rice farmers, and the dominant feature of native rice. Later, the researchers will create the presentation in the form of cultural interpretation from the data collection. Participatory Action Research is used in this study. The interviewing and local participation workshop were used to find the identity of native rice and to make the rice farmer’s calendar. Four sub-districts are selected including Pakprek, Thapaya, Kanapnak, and Banperng to be the sample areas of Pakpanong Basin and the key persons who have in-depth knowledge in native rice in 4 sub-districts are selected by snowball method. 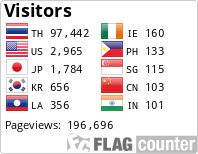