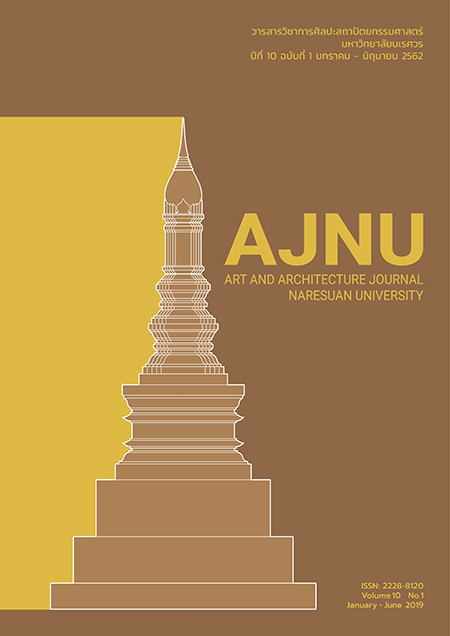 
This study purposively explores how to develop the computer and tablet games for the children with Down Syndromes by 1) designing the games on computer and tablet for the children with Down Syndromes; 2) comparing the spatial learning points on Positions and Directions between two different devices; and 3) comparatively observe the participant’s behavior after trying out the games on two different devices. The sample group consisted of 20 children (Grade 1 -3) with Down Syndromes that was chosen by drawing lots, a simple random sampling method. The research instruments were 1) the computer and tablet gams developed by the researcher; 2) the evaluation form on the quality of the computer and tablet games; 3) the spatial learning test form on Positions and Directions regarding 4 issues of daily routines; and 4) the behavior observation form on the children’s reaction after playing the games.  The data was statistically analyzed to find the mean score ( ) and standard deviation (S.D.). T-test (Paired Samples Test) also applied.

The finding was found as follows. 1) In term of the game’s quality, 3 experts rated a very high score for the 4 features  of the game including 1) Introduction; 2) Learning Activity Design; 3) Game Design: and 4) Interaction. 2) Based on the comparison on the spatial learning points on Positions and Directions regarding the daily routine between two groups of children, the children after playing the games on computers demonstrated an average score of 8.40 and those who used tablet demonstrates an average score of 9.65. After comparing those scores, it can be evidently affirmed that the children’s scores after playing game on two different devices are not significantly different (0.05). 3) The behavioral comparison between two groups of children, it was found that the children who played the game on computer demonstrate an average score of 3.28 whereas those who used tablet make it 3.51.  Then, after those score was compared, it was finally affirmed that the behavioral scores between the two groups of the children is significantly different (0.05). Moreover, the children’s sitting posture while playing the game is no good for their body. Namely, they, most of the time, sit with their face down and vet close to the tablet’s screen. Their back is also bent. Accordingly, in case of a tablet, more accessories should be added so that it can be placed right at a suitable level for eyesight and the children should sit with their back and neck straight up.   Also, the screen should be put on the right angle so the children can simply touch and play and to keep them from the health problem with their neck, back, and eye.