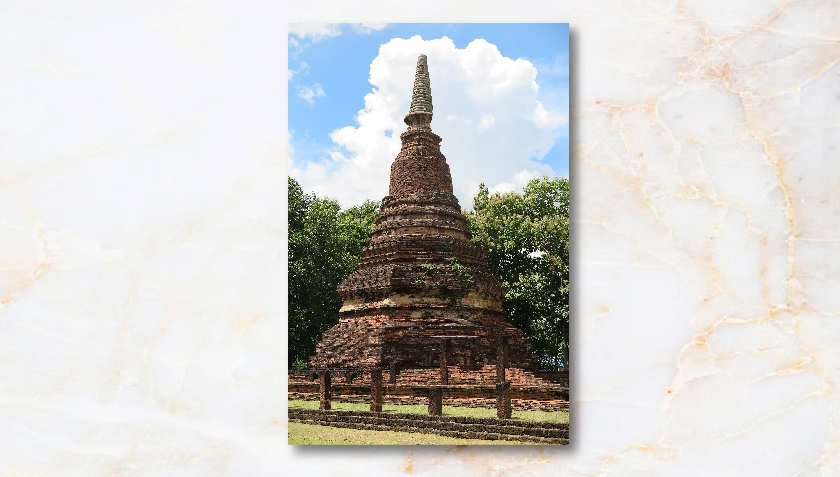 This group of stupas can be further categorised into three groups, as follows :

Group I  Bell-shaped stupas with a mixture of Sukhothai and Ayutthaya styles (the stupa with surrounding lion figures): This category has three tiers of sloping moldings and a square form above the bell-shaped form that is reminiscent of Sukhothai-styled bell-shaped stupas. However, the usage of lions as decorations shows an influence from Ayutthaya.

Group II Bell-shaped stupas with octagonal bases (the typical type of Kamphaengphet): This group shows an amalgam of Sukhothai and Haripunchai-Lanna art styles. Their important characteristics are a multi-tiered octagonal base decorated with large pointed moldings.