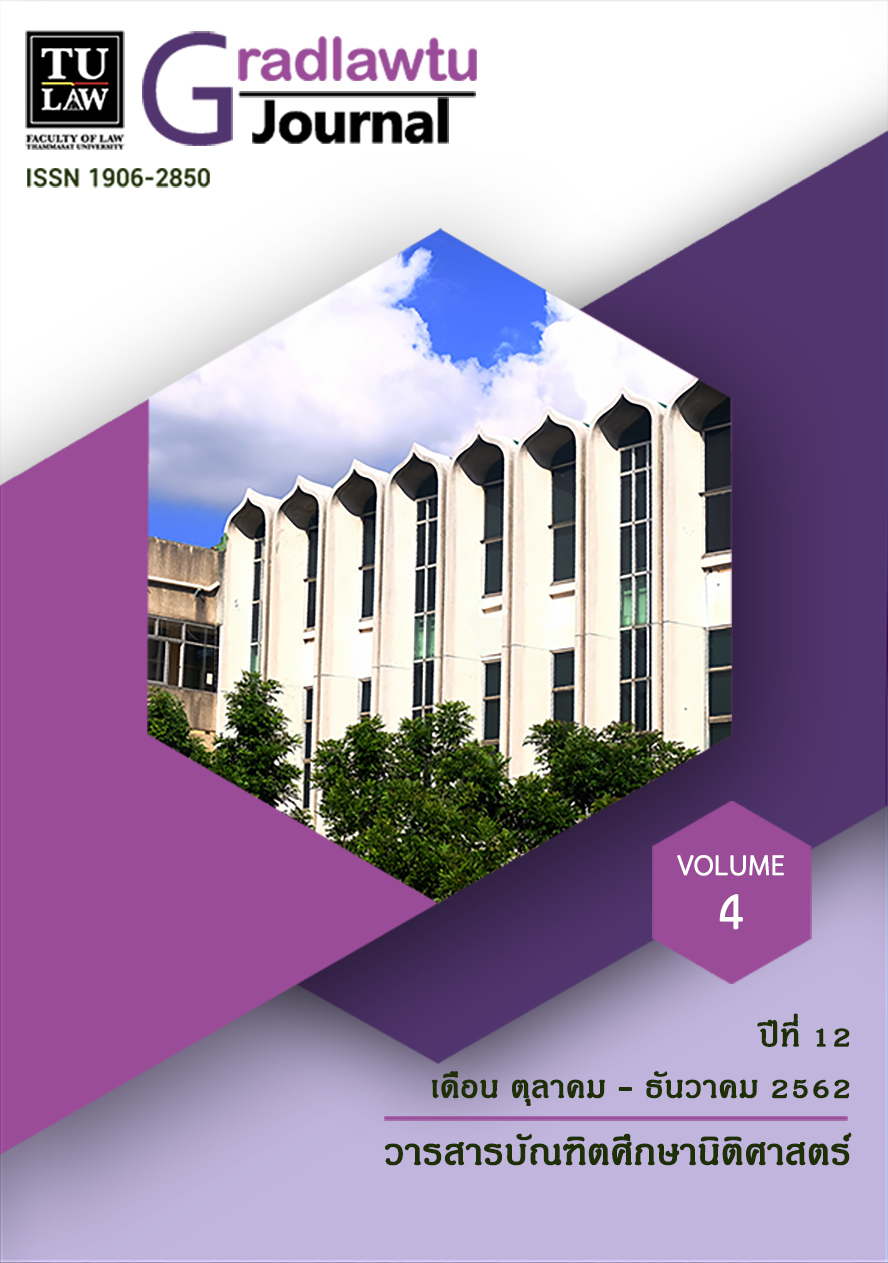 The Red Cross is an affairs that widely known throughout the world and has a role in international affairs as a humanitarian organization perform both in peacetime and time at war. Red Cross Societies provides a relief for a victims and provides a public health services in many countries, under the same international sign, The Red Cross symbol on a white background or the Red Crescent (For Muslim countries)

The legal status of the Thai Red Cross is even more complicated. when there is an amendment in 2550 BE which lead to define more public characteristics for the Thai Red Cross both in terms of property rights are not being under the execution and administrative enforcement including being a unit that can request budget directly from the government through the Annual Expenditure Budget Act

This article therefore aims to study to find the true legal status of the Thai Red Cross Society, from the study found that General characteristics of the universal Red Cross is one of the important characteristics that Red Cross have to be an autonomous status without being dominated or controlled by state or its government power and Red Cross Society must always be able to operate in accordance with the fundamental principles of the Red Cross at all time, therefore the Red Cross may associated with the state as a voluntary relief organization and as an advocate for the state in the humanitarian mission.