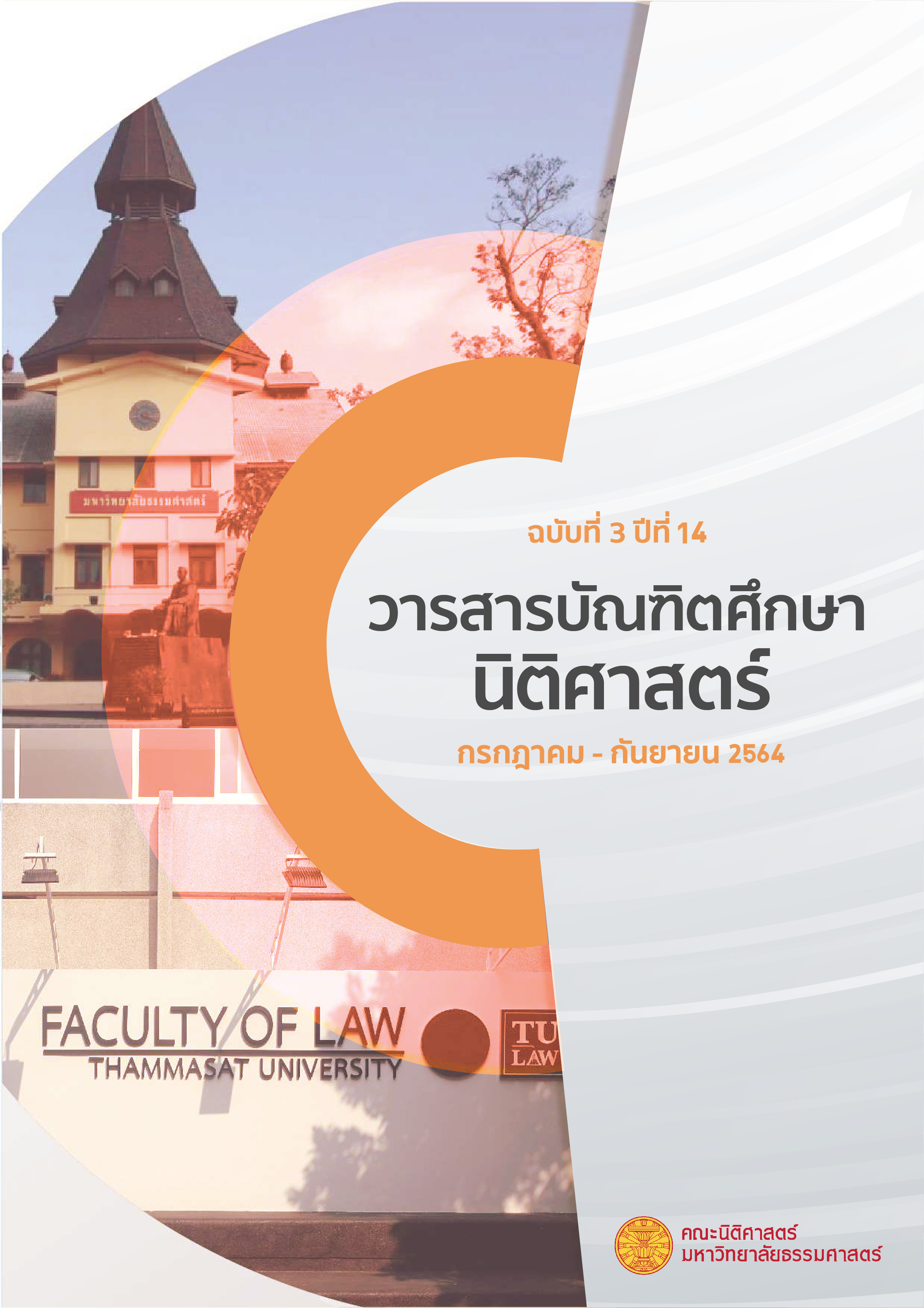 This article researches the problem of criminal prosecution by injured person and strategic lawsuit against public participation that use the legal process be a tool for dishonest prosecution. The special characteristic of strategic lawsuit against public participation are the usage the longest duration as possible of prosecution that bring the other parties both losing many proceeding expense and discouragement. It comes the fear of people in speech or criticism about all actions in public interests that is a major problem in Thailand. Following the statistic of 212 cases collecting by Human Rights Lawyers Association in B.E. 2540-2562 are the most cases 26.23% of the dishonest prosecution from the offences of defamation as prescribed in article 326 and 328 of Criminal Code that consists of civil defamation, criminal defamation, and other law involved. There aren’t many cases count in that statistic because of the withdrawal the cases by plaintiff. It can explain that there are problems in screening process of cases. Later, the article 161/1 of Criminal Procedure Code is additional provision for the solution of strategic lawsuit against public participation, distorted prosecution, taking advantage of the defendants, and other exaggerated desired interests. This provision is one of the tools for screening the filed cases to court. However, there are the problems about the application of article 161/1 for these cases as the scope of rule and limitation of this article, it can resolve the problem of distorted prosecution or not. The people have full right of the institution a criminal prosecution whether it has the provision article 161/1 or not. It is the changing of screening process of cases that is the increasing the process in examination the facts. Nowadays the court is right to the discretion of dismissal of the plaint’s people checking process if the court is regarded dishonest prosecution. Surely, there are following problems about the discretion of the court in the application of article 161/1 in many cases. It should be enforceable or not about article 161/1.

Because of these problems, this article is comparative research by the principle of prosecution and criminal screening process of many countries for example, France and Germany. There is the strategic lawsuit against public participation in these countries like Thailand, however, France uses the means to solute the problems different from Germany. This article concentrates in analysis study the form of proceedings, screening cases, and the solution in order to be the resolution of Thailand.