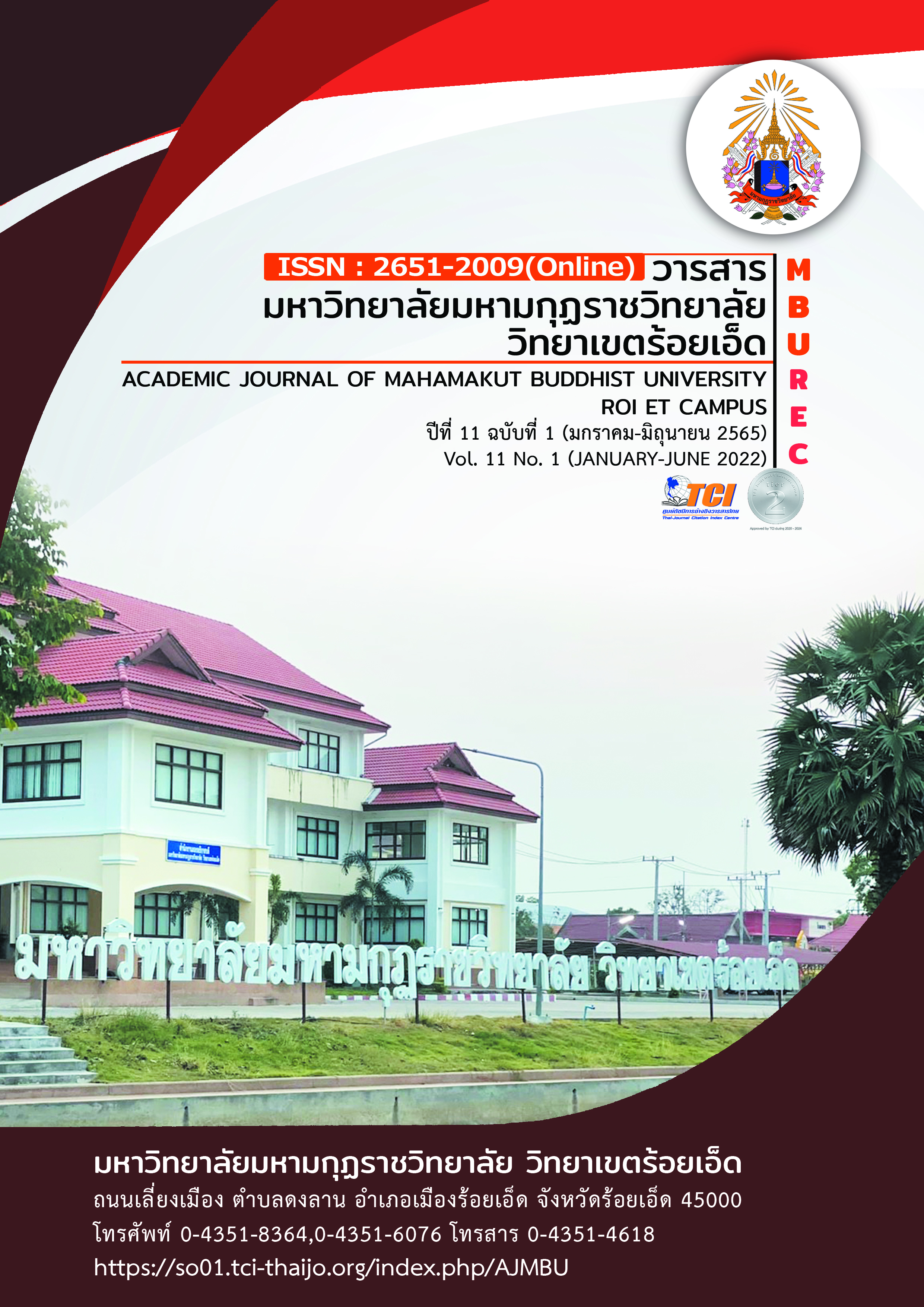 The purposes of this thesis were: 1) to study the perceptions and theories of vegetarianism, 2) to study the Kamma principle in the Buddhist philosophy, and 3) to analyze the vegetarianism based on Buddhist philosophy. The data of this documentary qualitative research were collected from the Tipitaka, Commentaries, textbooks, and relevant research works. The research results revealed as follows: 1) Vegetarianism means the abstinence from food containing meat, including the observation of religious precepts, Dhamma practicing, and bodily, verbal, and mental restraint. In Mahayana Buddhism, the vegetarianism principle is clearly recommended by the abstinence from meat consumption whereas Theravada Buddhism does not indicate the direct prohibition of meat consumption. However, there is a prohibition appearing in the five precepts that forbids human beings from killing and violating animals. Nonetheless, both Mahayana Buddhism and Theravada Buddhism have the same principles, which are living together with benevolence between human beings and human beings, and between human beings and animals, without encroachment, and living together peacefully. The main objectives of vegetarianism among the vegetarians include 1) eating for healthiness, 2) eating with loving-kindness, and 3) eating for abstaining from unwholesome. 2) The Kamma principles in Buddhist philosophy consist of 2 criteria; (1) The doer has intention to do, and (2) That action results to merit or demerit. Kamma is a neutral word referring to a good action or a bad action. A good intention is called wholesome and a bad action is unwholesome. The actions are categorized into 3 ways according to the ways people do; (1) Bodily action, (2) Verbal action, and (3) Mental action. 3) Analyzing the vegetarianism based on Kamma principle in the Buddhism philosophy can be concluded that the vegetarians should have honest intention for all three situations; to have mercifulness towards all creatures by holding the principle of non-violence as the main reason before practicing vegetarianism; while eating, to keep considering that eating to live not living to eat, and not eating because of its taste; and after eating, to have loving-kindness towards all creatures. The vegetarianism with unwholesome means to eat meat of the animal killed by one’s self which concerns taking away the other’s life. Even if the person does not kill animals by himself/herself but he/she guides others to kill. Eating the meat of animals specifically killed is regarded as destruction and encroachment of the life they love and which is considered as their own properties. The practicing vegetarianism by neutral mind or principle means not having attachment to goodness or wholesome so that the vegetarian neither holds on the wholesome nor unwholesome, then the mind will be able to access the purity and calmness without any attachments.