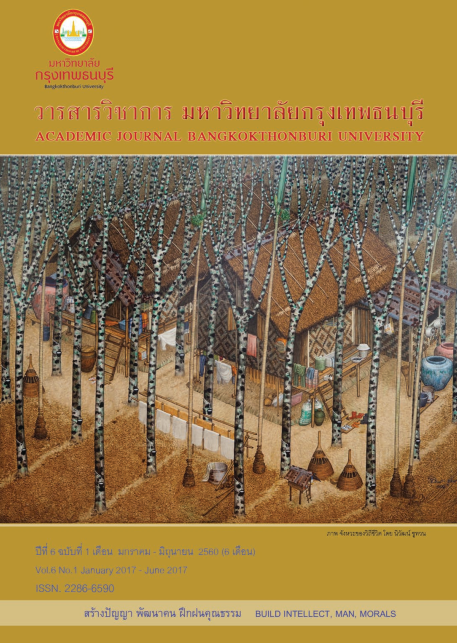 This study was aimed to study the religious beliefs, the rituals, the important of the tradition of paying respect to the ghosts of Lua ethnics living in the north of Thailand and in Yunnan province of China, And comparing the form of paying respect to the ghosts of those ethnic groups. The research was qualitative research, collected data by field surveying accompanied with relevant study documents. The researchers described the details and the procedures in 3 steps: (1) Study of literature and related content (2) Data collection by travel to Hod District, Chiang Mai,Thailand and Changyuan, China Field Survey of 30 Chinese and 30Thai Lua. (3) Comparison of the traditions of Tribal Lua Traditionally between China and Thailand by Methodological Triangulation.

The research found that

1. The form of the procedure of the activities of Thai Lua at Hod District, Chiangmai, Thailand, performed the rite for three days. Each day,every Lua had to attend the ritual which began in the morning. There was a boiled chicken that killed and brought with salt, candy, orange peels, chili, brown rice, jackfruit in a basket, mats. Including preparations for another shaman, cigarettes, candy, flowers, orange peel, rice and ginger. The Chinese Lua in Changyuan, Yunnan, China, operated by the Chinese government, organizes this ghost tradition as a festival. The ceremony has just one day.

2. The result of the comparison analysis for the similarities and difference of the beliefs and the rituals of the two groups. It was found that;The similarity were the procedures of the rituals, respected to the nature, the ancesters respected and the rituals which defined the same Lua ethnics. For the diffences, Thai Lua beliefs that the rituals assisted them live happily and progressively. On the contraly, the Chinese Lua belief that these handed down rituals were the way to keep and prolong their culture, tradition. They thought these heritage should be handed down further so that the youngsters could study and utilize in their everyday life. Moreover, the rituals help promote the tourism and help with the better economic of the Lua ethnic.