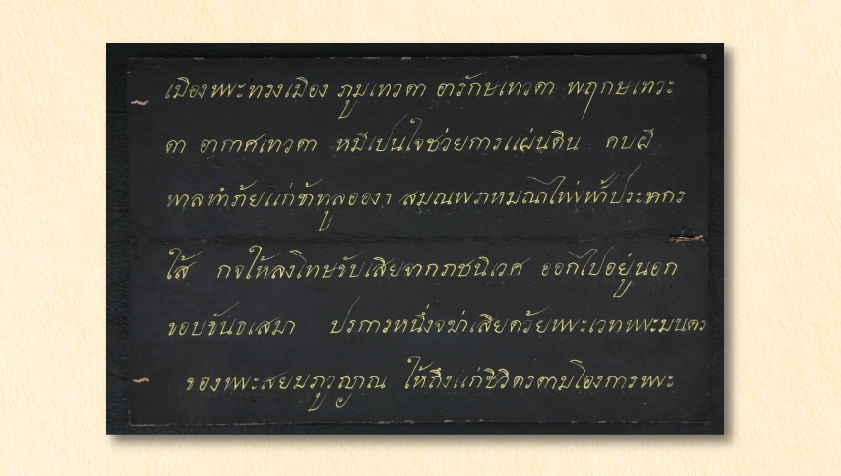 Abstract
The original Thai manuscript of a Thonburi document entitled “The Royal Command to City Spirits for Expelling Evils” is composed of 1. the royal command itself written in longhand without mentioning the year it was published. 2. the royal appointment of Chao Phraya Nakhon Sri Thammarat 3. the king’s description of merit, which was written in 1776 in semi-scribal handwriting. The first one, which has been assumed to have been written in 1769 or in the year of the rice deficiency crisis caused by an unprecedented rat plague, manifests King Taksin’s strategies on religious matters. The king declared that he had supreme power over any sacred spirits in the city by claiming that he himself had been reincarnated from Lord Shiva and Lord Vishnu, together with being a living Buddha to command the city spirits of Thonburi and to expel the evil spirits and to protect his people. In addition, King Taksin’s description of merit expresses his profound comprehension of karmathana meditation which he taught monks through this book. The study also reveals the relationship between the king’s description and a Pali text named “Visuddhi Marga”, which can be linked with the known history of an event where King Taksin sent numerous venerable monks to collect several versions of Visuddhi Marga to be kept in Thonburi.