The Royal Chronicles from the early Rattanakosin (Bangkok) period recount stories of self-immolation as an offering, for the sake of enlightenment, from two Buddhists at the Temple of Dawn (Wat Arun) in Thonburi. One was Nai Bunrueang (or Rueang) in 1790 and the other was Nai Nok in 1817. As their self-sacrifice was regarded as a sign of virtue, carved stone images (depicting Nai Rueang and Nai Nok) and stone inscriptions describing their stories were later erected at the temple in commemoration of the two devotees.

Within other contemporary documents, from the early Bangkok period, records of two further cases of self-immolation appear. These cases, of a novice and a nun, detail the seemingly popular practice of devotional offerings of “flesh and blood” as a “Buddha Puja” among “hardcore” devotees; by cutting their flesh to draw blood to use as lamp fuel, or stabbing themselves with a sword.

Although, from the point of view of “modern” Thai Buddhists, this kind of extreme self-sacrifice and self-mortification is absolutely non-Buddhist, it was a meritorious practice and example of heroic deeds during the early Bangkok period.

The main source of inspiration for these devotees could have been the Anagatavamsa which is the Pali canon describing the heroic and severe self-sacrifices offered by the ten Future Buddhas-to-be. Their deeds included: giving away their children to feed hungry ogres, and cutting or setting ablaze their heads as an offering to the Buddha of the Past.

The stories of the “flesh and blood” self-sacrifices consequently became archetypes for the practices and traditions of buddhism, informally named here as the ‘Cult of Anagatavamsa’, whose characteristics were extreme self-sacrifice of the Future Buddha-to-be on one hand, and the sole, deep respect for Maitreya, the next Future Buddha on the other.

The Cult of Anagatavamsa might be considered as popular Buddhism from the early Bangkok Period which may have started in the late Ayutthaya period (18th century), though banished and “marginalized” in 1850’s by the “modern” and “rational” Buddhism of the Dhammayutika Nikaya under the royal patronage of King Mongkut, Chakri Dynasty (r.1851-1868). It’s considered that Thai Buddhism since the reign of King Mongkut has helped to erase the memory of the Future Buddha-to-be, even the Maitreya himself, from today’s “official” and “national” Buddhism. 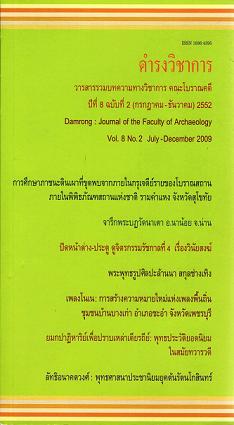