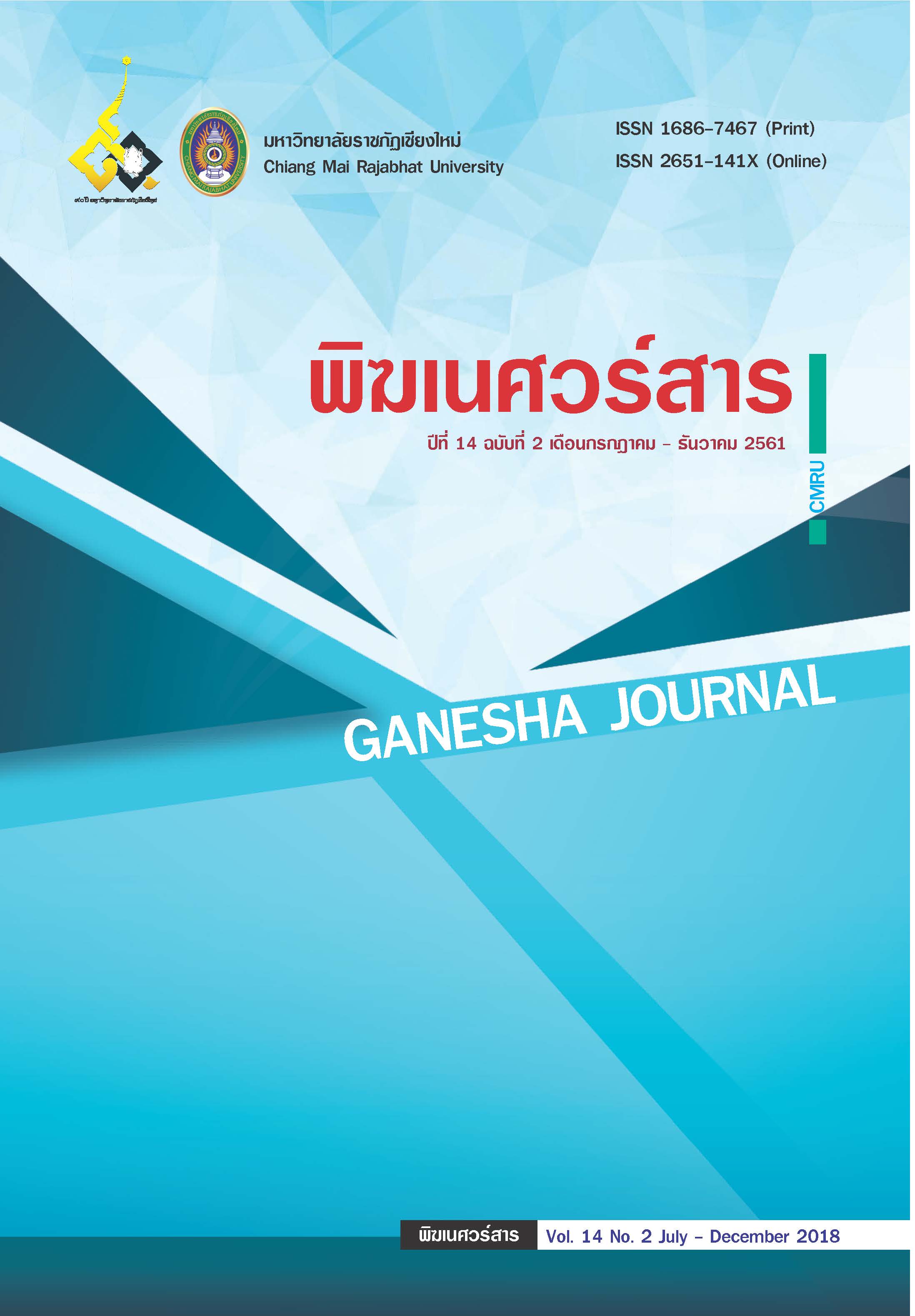 This research had the purpose to study the concept and the working process of the Re-creation of the Tripitaka in Lanna script by collecting documents and interviewing the connected person who related in Lanna Tripitaka of Venerable Brahmamangala (Thong Sirimaṅgalo), the Abbot of Wat Phrathat Sri Chomthong Worawihan, Chom Thong District, Chiang Mai Province, in Lanna language (during 1971- 1993 AD.).

By thoughts and intentions of monks and scholars who hoped that the people, particular in Lanna, who became aware of the value and the greatness of the Buddhist teaching and the Lanna script, taking account of the Buddhist Councils held previously and of the manuscripts recorded in palm-leaves. The process was as follows: 1) set a working group, 2) find funding and The Re-Creation of the Tripitaka in Lanna characters by Venerable Brahmamangalo was inspired request the cooperation of those involved in the project, 3) select and assembly texts of the manuscripts, 4) check the sources, 5) print texts into Books, print and inscribe on palm-leaves, and 6) celebrate and deliver the Tripitaka editions to monasteries, agencies and educational institutions, both at home and abroad.

The Re-Creation of the Lanna Tripitaka by the Venerable Brahmamangala came at a time when Lanna writing was reduced to become regional, having almost disappeared from everyday life, as well as the habit of engraving texts on palm-leaves. The utility of the Re-Creation of the Lanna Tripitaka did not focuse on frequent use or on education purpose, but aimed to preserve the identity of Lanna people and make them to be proud of their cultural heritage. The concept and working process were used again for re-creating Lanna Pali, Commentary and Sub-commentary of Tripitaka by Venerable Brahmamangala (Thong Sirimaṅgalo), including Pali and Khun Tripataka of the Shan State of Myanmar.