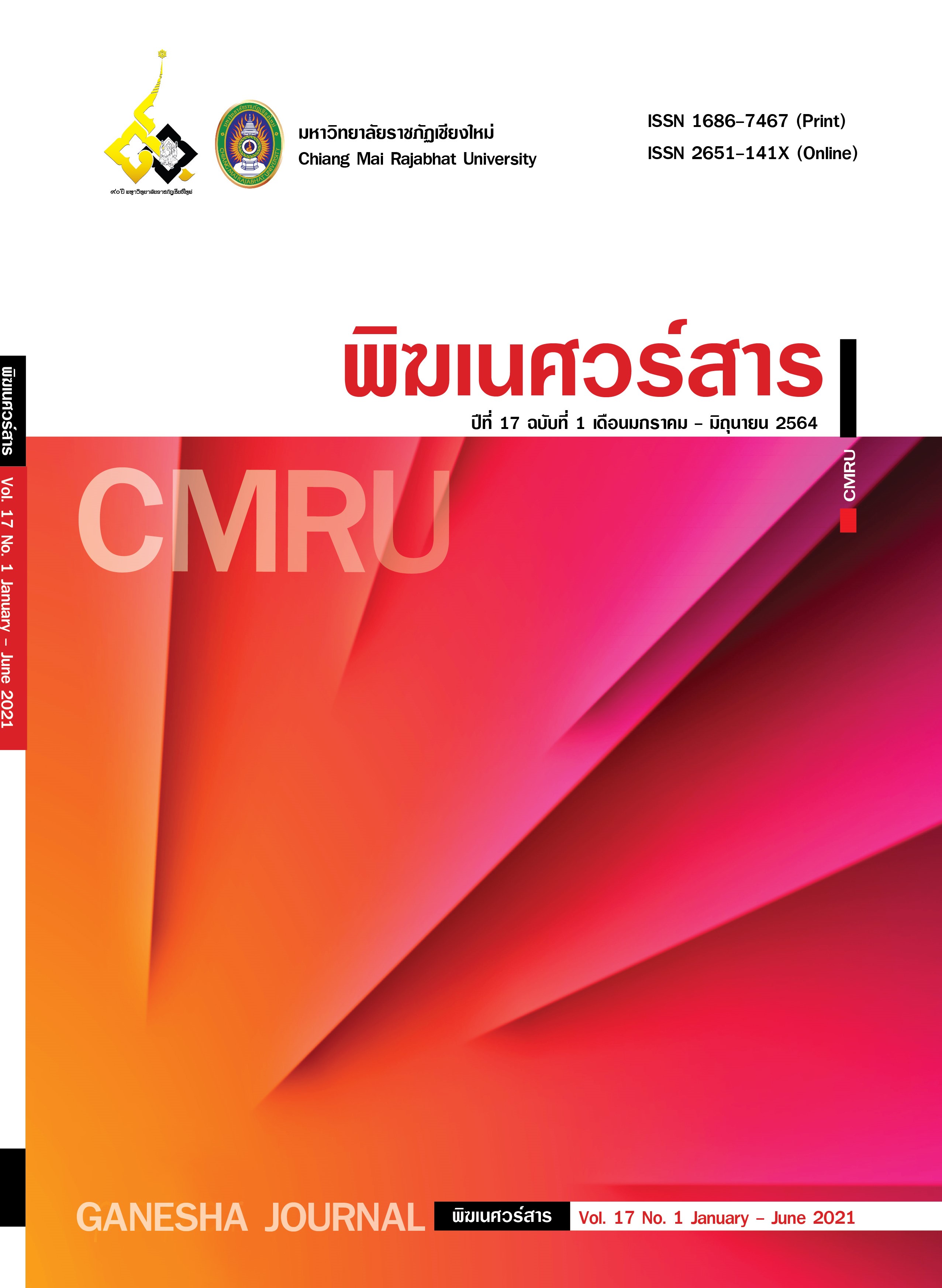 The results showed that Thai puppets were invented during the reign of King Rama 5 by Mr Ruen, imitating Hainan Chinese puppet, while the first Burmese’s ones occurred in 1444, King Noparod era. The performance formats were divided into 9 issues: 1. Thai puppet-actor could manipulate many puppet characters but only one Burmese could do. 2. Thai puppets had only heads and bodies without legs, while Burmese ones had full bodies dressed imitating real persons. 3. Puppet styles and techniques; Thai’s puppets were manipulated by rods or chopsticks attached to the bodies, covering from the bottom, but Burmese’s were attached by the rope which were controlled from the top of the puppets. 4. For popular showing, Thai puppets tended to be about literature, while Burmese played stories about Jataka, history of the Chedi, and the history of Myanmar.
5. Musical instruments; Thai Pi Phat with Pi was used in the show while flute was used instead without Saw-o, Klong-tak, Klong-taew, or Maa-lo in Burmese’s. 6. Theaters, Thai’s theaters were smaller than the Burmese ones. 7. The scenes; Thai had two doors emphasizing the color and the exquisite fine pattern, but Burmese did not have doors in and out, only a single scene. 8. The opportunities to perform; Thai puppet shows were performed in various theaters, while Burmese played in auspicious events and various important festivals. 9. Puppet traditions and beliefs were varied according to the beliefs, religions, cultures, traditions of the country.