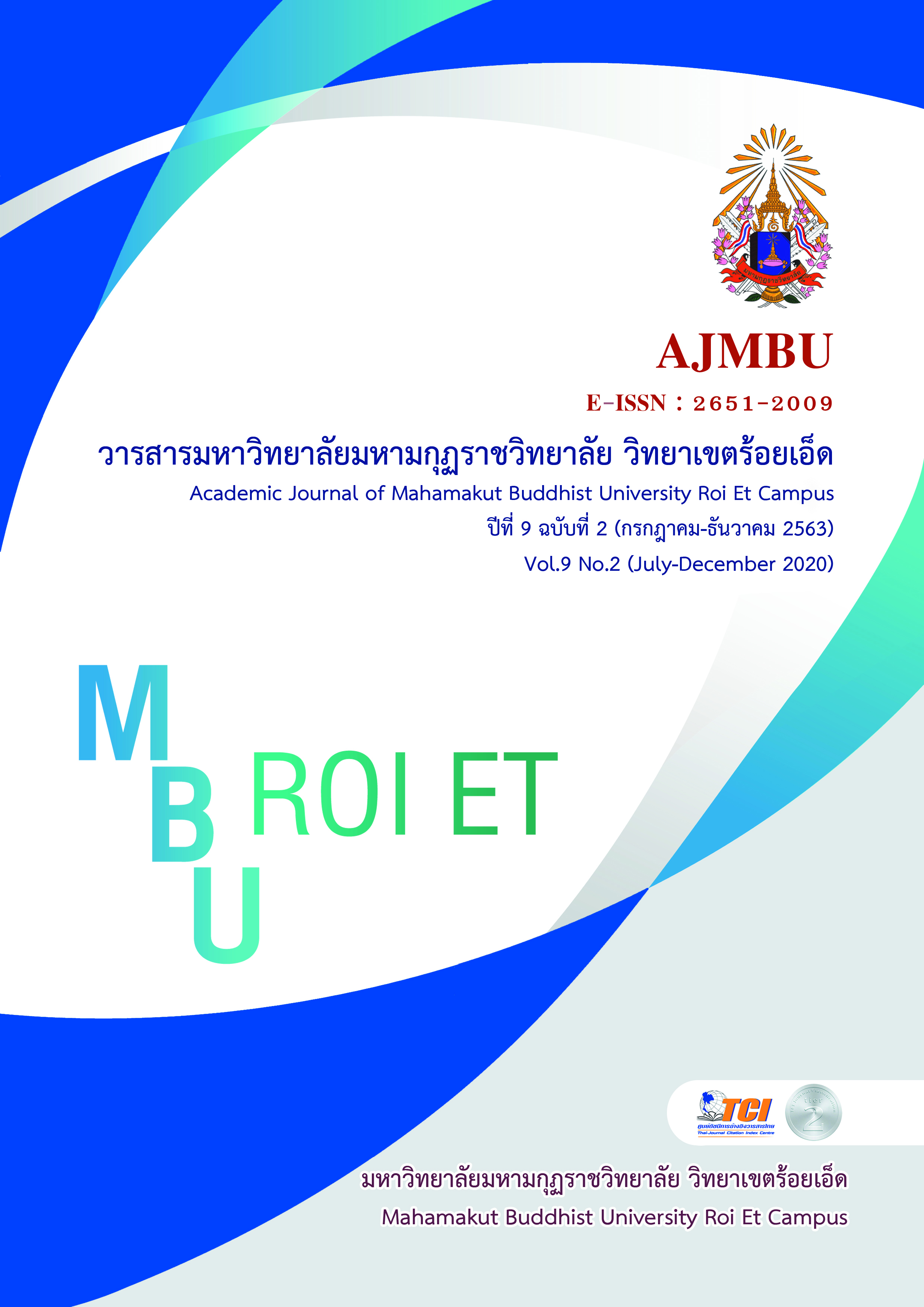 The research found that The beliefs and rituals are ancestral remembrances that continue to be important and follow. 1)Chinese New Year beliefs and rites. 2)Sheng Ming beliefs and rituals. 3)Beliefs and rituals. China The members of the Chinese-Chinese family have a strong belief and respect for the three rituals. In particular, Chinese New Year is the day when all family members have to perform rituals together. The conservation and succession of the ancient Chinese ancestry ritual in Mahasarakham province. Roi Et and Kalasin are nowadays changing their way of life to the people of the Isan traditions, values and traditions are different from the original. In order to preserve cultural traditions, it is necessary to adopt a new culture. The guidelines for conservation and succession are as follows: 1) Must be descended like a traditional Chinese family. 2) The inheritance, reception and cultural interaction. The culture of the Isan people has been adopted so that the rituals of the Chinese people can continue to be carried out in the context of the area where the Chinese people live in China and can enjoy the Isan society happily. 3) The authorities who are knowledgeable about the ritual traditions of the Chinese people are the Shrine Foundation. 4) There is support for traditional ritual activities by organizing exhibitions on Chinese culture and traditions. Whether it is a print media such as a ritual book about the Thai people of Chinese descent. Online publishing Internet For those who are interested in the search and learn.

Although some of the rituals have changed somewhat in the context of the area, Chinese-speaking Thais in the research area They are very important. This is to help conserve and inherit the ritual sacrifice of the ancestors so well that traditional rituals are with the Chinese people for a long time.

How to Cite
Huang, C., & Suk-erb, S. (2019). The Conservation and Inheritance of the Ancestral Ritual Tradition of the Thai Chinese in Three Provinces in the Northeast. Academic Journal of Mahamakut Buddhist University Roi Et Campus, 9(2), 116–128. Retrieved from https://so01.tci-thaijo.org/index.php/AJMBU/article/view/244692
Issue
Vol. 9 No. 2 (2020): July-December 2020
Section
Research Article