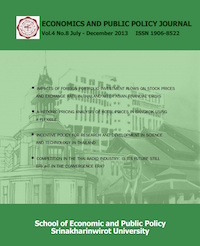 The traditional media (television, radio and printing media) have been bitter rivals for decades and the Internet has recently joined the battle. The Internet and telecommunication services also act as a medium to converge the traditional media with different platforms and operations. The convergence between broadcasting and telecommunications is rapidly transforming the market structure and business strategies. This paper aims to explore and understand the current situation of the radio industry in Thailand, particularly in the business service sector. The analysis is based on the industrial economics theory - the Structure Conduct Performance (SCP) Framework. The research findings show that the growth rate of radio advertising expenditure did not increase much between 2007 and 2011 because some other types of media were able to reach consumers more rapidly. The concession contract system was valid for a very short period of time and lacked transparency, making it difficult for radio producers to engage in strategic planning. For this reason, grantees of radio broadcasting concessions, which were companies of full-cycle entertainment business or other forms of media of both vertical and horizontal integration, had an advantage. There was intense competition to maintain market share and to earn more income from advertisements but there was very little competition in terms of content. Things became difficult for radio producers who did not have very deep pockets and resources so, broadcasting regulations and policy had to be fair, transparent and more liberal in order to create competition and economic efficiency in the emerging convergence era. 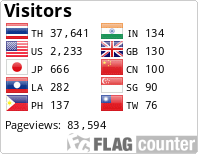