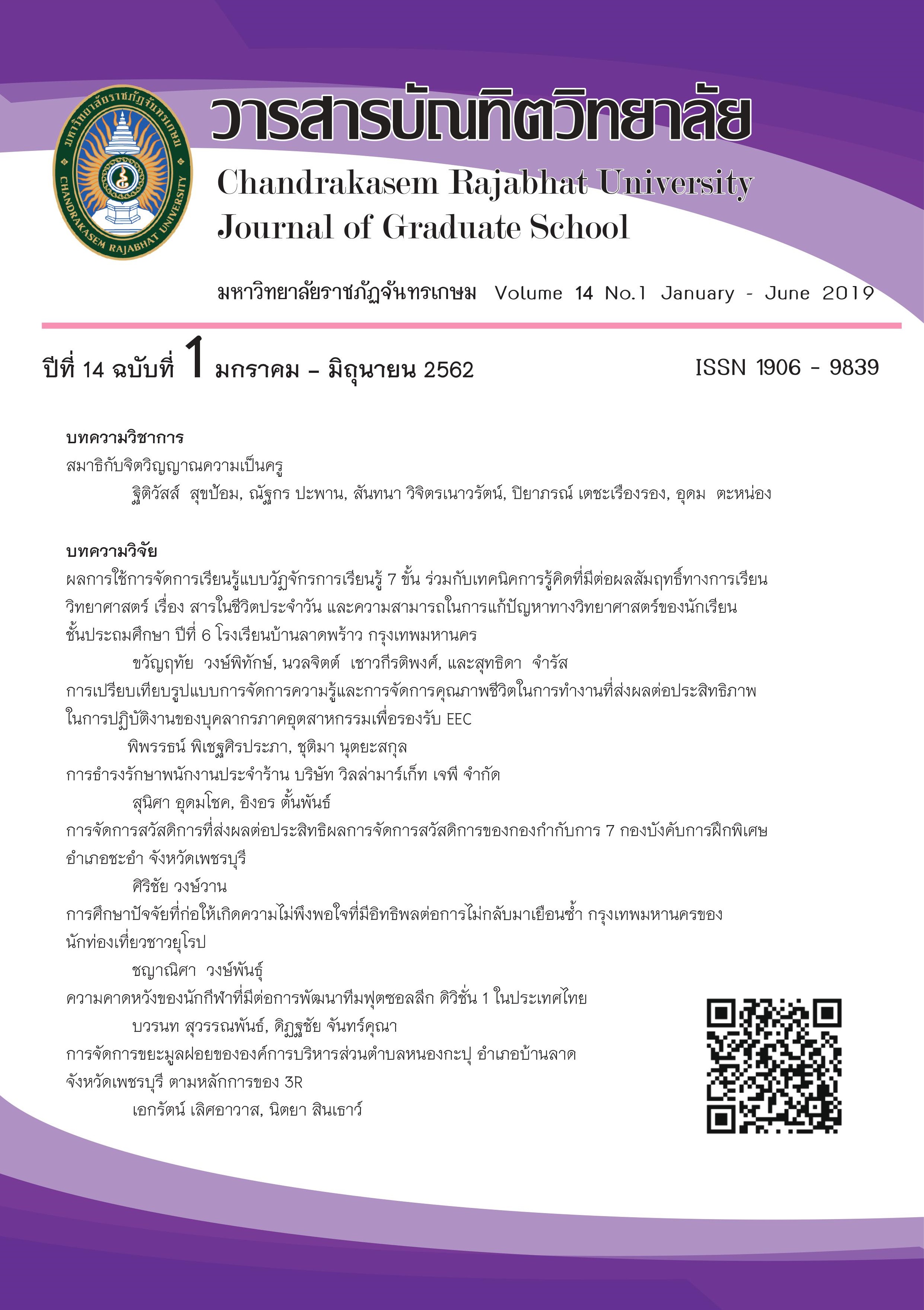 The purpose of this research were to (1) study the athlete's expectations regarding the development of Division 1 Futsal League in Thailand, and (2) compare Futsal athletes’ expectations of Division 1 Futsal League development classified by age, experience, and income. The sample of this quantitative research included 136 athletes derived from the population of 200 Futsal League athletes participating in the 2017 Futsal Thailand League using Krejcie and Morgan's formula. The questionnaire with a 0.90 reliability coefficient was employed to collect data. The statistics used in data analysis were frequency, mean, percentage, standard deviation, t-test, f-test with statistically significant level at 0.05 and LSD test.

The results of the research revealed that: (1) the athletes’ expectations of the development of futsal teams in all four aspects were at the highest level with the following descending order: the remuneration and welfare, the personnel management of the club, the practice and competition, and the club management. (2) The comparison of athletes' expectations of the team development in four aspects according to the age, experience, and income showed that they were different at a 0.05 level of statistical significant. The expectation level of athletes under the age of 18 was found highly different in the aspect of remuneration and welfare from those of athletes in other age groups. Regarding to the experience, the expectation level of athletes with more than 6 years of futsal experience was found highest different in the aspect of training and competition from those of athletes in other groups. As for the income, the results revealed that the athletes with the monthly income between 15,001 to 20,000 baht had higher different expectations of remuneration and the welfare than those of other groups.