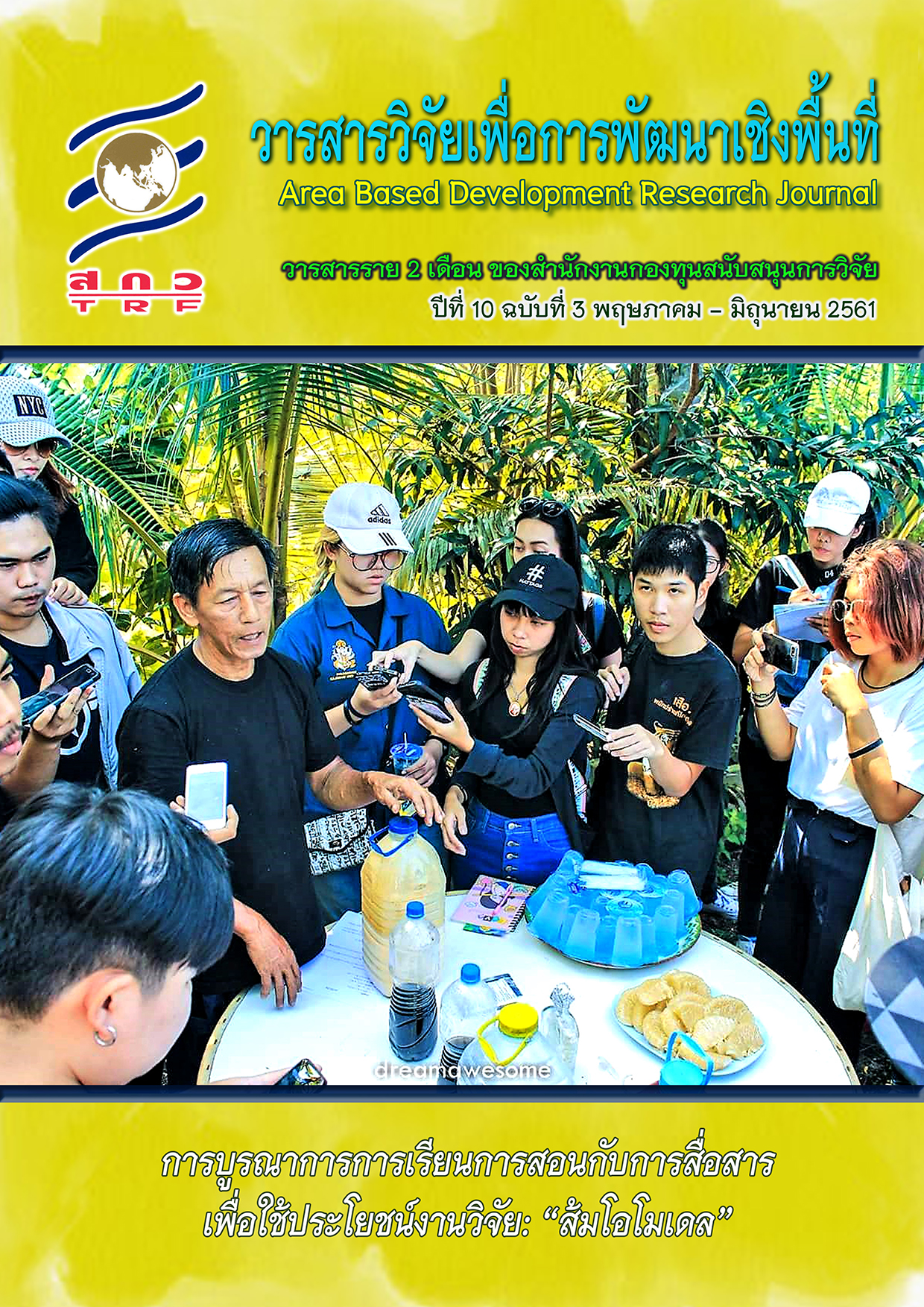 This study aimed to promote community participations and identify the results of participations in community health problem solutions using local wisdom. Participants were 60 households residing in Ban Mae Tom Nai, Phayao province, since 2014 – 2017.  There were 3 stages in the study: 1) community assessment, 2) planning and implementation to solve health problems, and 3) monitoring and evaluation. The data were gathered from HOSxP database, as well as interview, focus group discussion, and community participation forms. Qualitative data were analyzed by using content analysis; whereas, quantitative data were analyzed by using descriptive statistics. Paired t-test was used to test the differentiation between pre- and post-test. An epidemiology data were analyzed by using health index. The results suggest that the first priority of health problem solution was to prevent and cure muscle pains from hard labor.  Then, researchers and villagers started to explore herbs growing in a community and nearby forest. After that, people with local wisdom in the community worked together with Thai traditional therapists from Tambon Health Promoting Center in order to produce herbal medicine for releasing muscle pains. There were 53 people voluntarily participated in the project. The process of participation learning resulted in a significant increase of villagers’ knowledge at the end of project  (p<0.05); moreover, over  half of villagers reported that they relieved their muscle pains from 4-6 score to 1-3 score after using community’s herbal medicine. Finally, the villagers formed a group to produce their own herbal medicinal products such as herbal foot soap and herbal sauna and massage balls. These products were sold at a community shop as well.