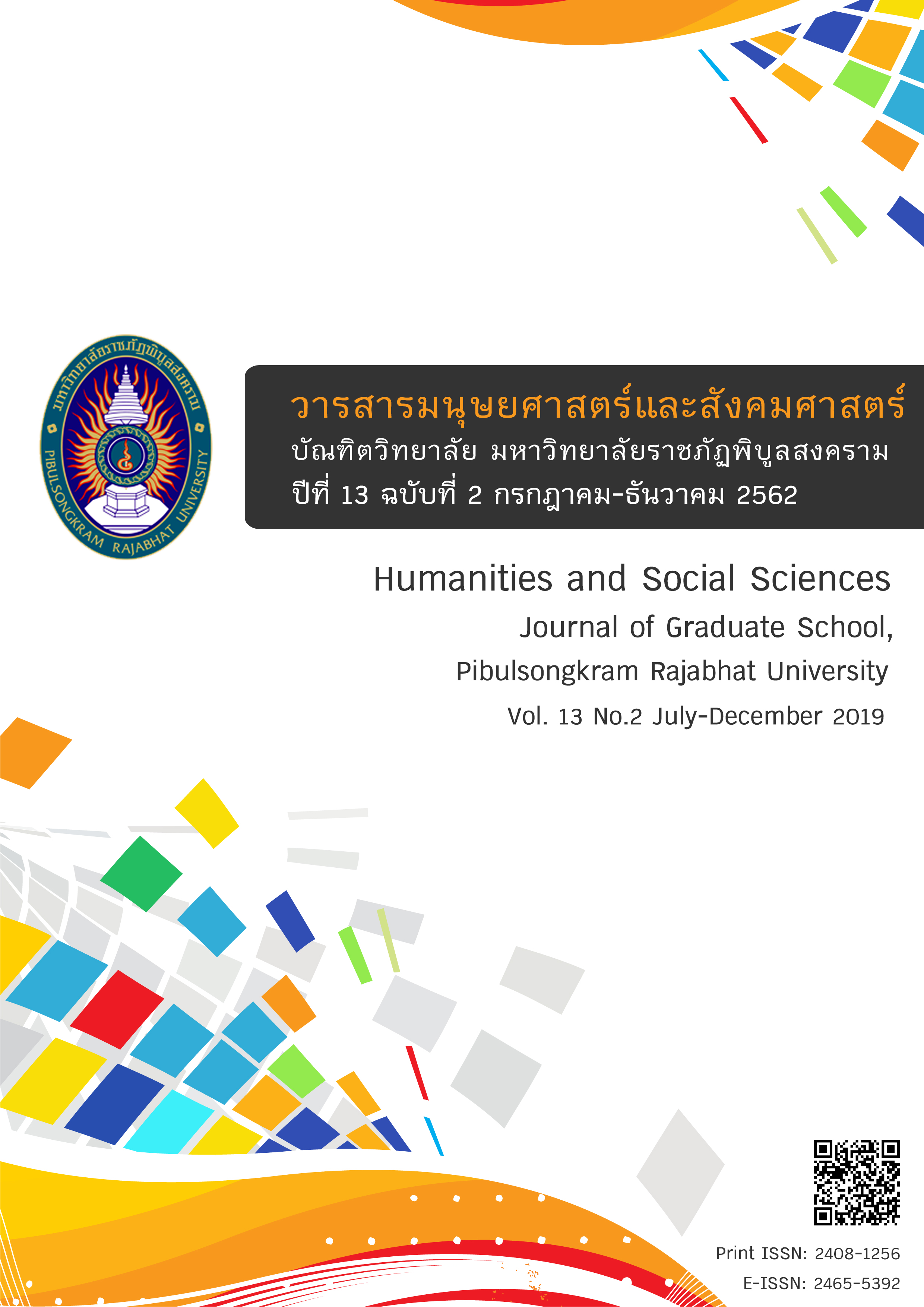 This research is a qualitative research the purpose of this research is to 1) study the patterns and beliefs of Senhubmod and Tungbungnoo of Mod Mon in the Tai Dam ethnic group and  2) analysis of the transition to cultural capital of the Mod Mon in the Tai Dam ethnic group using case studies of those who pass through of the Mod Mon in Ban Wangphikun area, Wangphikun subdistrict, Wang Thong district, Phitsanulok province with a group of informants consisting of Mor Muang, Mor Keb Kao, Mor Pee and participants 18 people. Collect data by interview Participatory observation Between March - May 2018. Use data triangulation to check data and use content-based data analysis. The research found that 1) ritual of Senhubmod and Tungbungnoo are considered rituals that are specific to the culture, religion and beliefs of the Tai Dam ethnicities that are related to ghosts and supernatural powers. The patterns and procedures of the ritual are different from other rituals in each culture of the Tai Dam ethnic group having to use by Mor Muang or Mor Yai, Mor Keb Kao or Mor Sa, Mor Pee Yai, Mor Pee Lek are rituals which has a greater number of ceremonial ceremonies or other rituals that are regularly performed. The beliefs and meanings of Senhubmod and Tungbungnoo ritual are an expression of the belief in the succession of ancestral spirits that in the past used to be Mor Mod Mor Mon and found that there is no need to be a model successor to the generation, able to inherit the characteristics of cross-generation, but in the family line selected person will inherit both the ant and the magic together and according to the wishes of the ancestral spirits, with the “Kook Phom Hom”; fragrant hair, that is unique to those who have been chosen However, the number of ancestral spirits that will come to live with either women or men will have an uncertain number  by those who inherited the Mor Mod Mor Mon is considered a cultural capital of the Tai Dam ethnic group and 2) passing of the Senhubmod and Tungbungnoo ritual of the chosen person is therefore a process of acceptance, succession and fulfillment of the needs of ancestral spirits according to their own lineage is a representation of that person's transition from one state to another in the first stage and including creating a space and awareness from the Tai Dam ethnic society that will recognize the transitional status of that person to become a cultural capital by establishing the culture, beliefs and religions of the Tai Dam ethnic group.